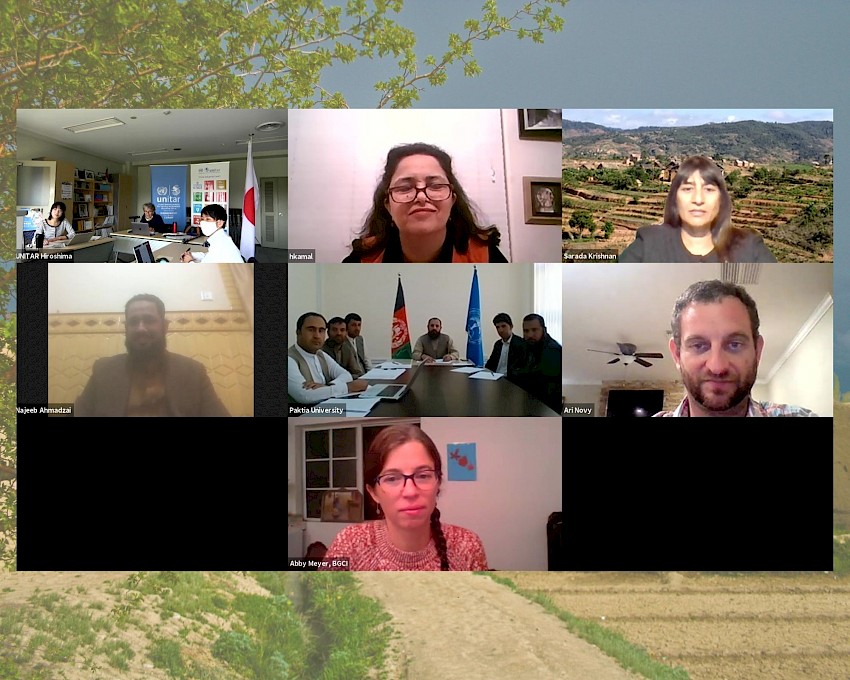 Coordinator
Najeeb Ahmadzai holds a bachelor’s degree and a master’s degree in Business Administration from Pakistan in 2009, and a second master’s degree in Development of Public Policy and Practices from the Graduate institute of Geneva, Switzerland. In 2015, he co-founded the BAWAR Social Society in Paktia Province with goals to improve education and strengthen environment and social mobilization. The organization arranges free courses for students who are applying for universities. In one year, BAWAR trained 1090 students, and more than 600 of them were admitted to their top choice faculties and universities across the country. BAWAR also conducts fund-raising events and is making efforts to create a greener and more inclusive campus for Paktia University. The effort has thus far collected and donated, on average, 300 trees and other ornamental plants for each school and higher education institute in Paktia Province, including Paktia University.

Executive Director, Botanic Gardens Conservation International U.S.
Abby Meyer is Executive Director of the U.S. office of Botanic Gardens Conservation International, based at The Huntington Library and Botanical Gardens in Los Angeles, California. Meyer works to develop tools and information to support botanic garden plant conservation programs and collections. She received a Bachelor’s of Science degree from the University of Nebraska-Lincoln and went on to complete a Master’s in Public Horticulture Administration through the Longwood Graduate Program at the University of Delaware and Longwood Gardens.

Director, Horticulture and Center for Global Initiatives, Denver Botanic Gardens
Sarada Krishnan is responsible for directing the design and maintenance of the horticulture displays and collections, and for developing and leading global projects at the Denver Botanic Gardens. Dr. Krishnan has several years of experience in public and commercial horticulture. She has a Bachelor of Science in Horticulture from India, where the focus was on tropical horticulture. She has a Master of Science in Horticulture from Colorado State University. Her doctorate research at University of Colorado, Boulder, focused on the conservation genetics of wild coffee (Coffea spp.) in Madagascar. Krishnan owns coffee plantations in the Blue Mountains of Jamaica.
In 2016/2017, Krishnan was involved in developing the Global Strategy for the Conservation of Coffee Genetic Resources in collaboration with the Global Crop Diversity Trust and World Coffee Research.