On December 15 Kabul University BGNet members discussed their SWOT analysis and project plans with the EDEN and AFLP core members. The short Q&A session followed to allow the members to understand the current situations surrounding the KU botanical garden. 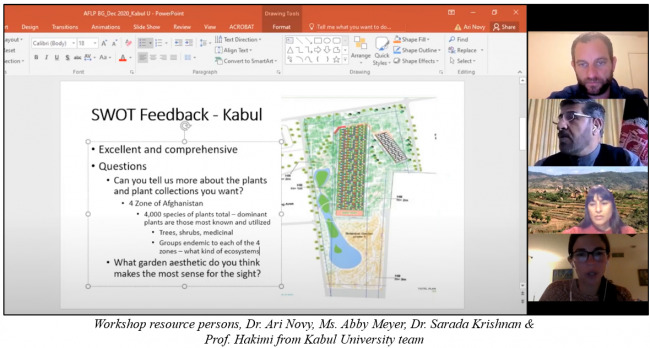 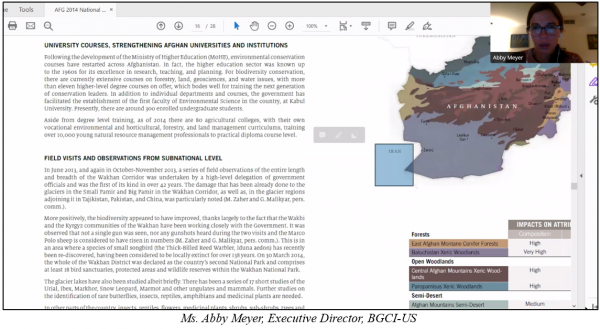 Frequent electricity cuts at Kabul U on both days, and weak internet connection hindered the smooth communication among the teams (everyone persevered!).  Based on the feedback from these workshops, teams in Bamyan, Kabul and Paktia will continue refining their documents throughout December. From January 2021 onward a monthly session for each university will be organized with AFLP resource persons. 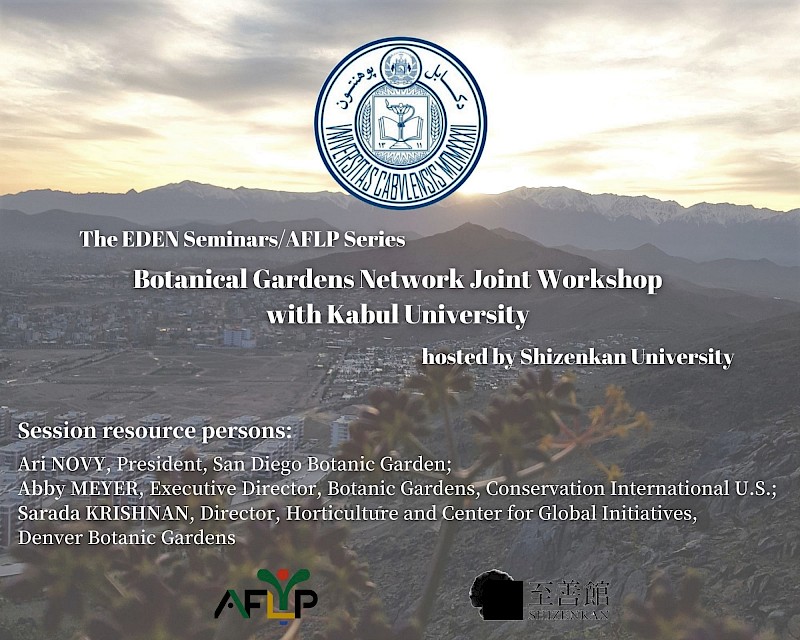 Executive Director, Botanic Gardens Conservation International U.S.
Ms. Abby Meyer is Executive Director of the U.S. office of Botanic Gardens Conservation International, based at The Huntington Library and Botanical Gardens in Los Angeles, California. Meyer works to develop tools and information to support botanic garden plant conservation programs and collections. She received a Bachelor’s of Science degree from the University of Nebraska-Lincoln and went on to complete a Master’s in Public Horticulture Administration through the Longwood Graduate Program at the University of Delaware and Longwood Gardens.

Director, Horticulture and Center for Global Initiatives, Denver Botanic Gardens
Dr. Sarada Krishnan is responsible for directing the design and maintenance of the horticulture displays and collections, and for developing and leading global projects at the Denver Botanic Gardens. Dr. Krishnan has several years of experience in public and commercial horticulture. She has a Bachelor of Science in Horticulture from India, where the focus was on tropical horticulture. She has a Master of Science in Horticulture from Colorado State University. Her doctorate research at University of Colorado, Boulder, focused on the conservation genetics of wild coffee (Coffea spp.) in Madagascar. Krishnan owns coffee plantations in the Blue Mountains of Jamaica.
In 2016/2017, Krishnan was involved in developing the Global Strategy for the Conservation of Coffee Genetic Resources in collaboration with the Global Crop Diversity Trust and World Coffee Research.