Chancellor & Associate Professor of Agronomy Department, Faculty of Agriculture
Dr. Syed Wali Jalalzai, was born in Paktia province and like other Afghans migrated to Pakistan where he has started his preliminary education, he has returned to his home country after many years. He completed Abdul Hat Gaidizi High school in Gardiz city and then pursued his university education in Nangarhar University, and completed his B.Sc. in agriculture with high grades. After receiving a scholarship, he went to India and joined University of Agriculture Sciences, GKVK, Bangalore, where he has completed his M.Sc. in soil sciences and agricultural chemistry in 2010. He returned to his country and started his career as a lecturer at Paktia University. After two years he got his scholarship again to India for PhD and completed his studies in Soil Sciences and Agricultural Chemistry from the University of Agriculture Sciences, GKVK, Bangalore in 2015. Soon after regarding his managerial quality, he become chancellor of Paktia University.

Associate Professor & Dean of Agriculture Faculty
Dr. Abdul WalJab Hekmat son of Ghulam Hazrat was born in 1984 in Paktia Province, Afghanistan. He completed his secondary school at Shamshato High School, and finally he graduated from Abdul Hai Gardizi High School in 2000.
Dr. Hekmat undertook the entrance exam (national Kankor) in 2000 and started Agricultural Faculty of Kabul University, Kabul, Afghanistan. He got his B.Sc. degree with higher marks from Agronomy Department in 2005. Soon after his graduation from Kabul University, he joined Paktia University and worked as Assistant Professor in the Agronomy Department.
In 2007 he went to India and joined UAS, GKVK, Bangalore, where he successfully completed his M.Sc. in 2010. Then he worked for three years in Afghanistan and in 2013 got a scholarship from the Ministry of Higher Education of Afghanistan, receiving his Ph.D from SHUATS University in India in 2016. In 2017 he worked as a vice chancellor of Paktia University and in 2018 lie nominated for the position of Dean of the Faculty of Agriculture, Paktia University. In 2019 Dr Hekmat received the research award of ISRF. He has conducted several research projects and published several research/papers at national and international journals, and three books.

Assistant Professor & Head of Hortuculture Department, Agriculture Faculty
Noorullah Rahmani presently serves assistant professor and head of the Horticulture Department, Agriculture Faculty at Pakita University. Since 2018 he has been working on reviving Afghan Chilgoza Pine nut, whole supply chain and value chain analysis of chilgoza pine nut and major horticultural crops with the Horticulture Department of Paktia University, PAIL and DAIL office of Paktia, Paktika and Khost provinces. In 2011 he completed his B.Sc. (Agriculture) with distinction at Kabul University, Agriculture Faculty. He started his career as Assistant Professor at Paktia University during 2012. In 2013 he qualified to a six months research and training program to IARI, New Delhi, India. Thereafter, he passed a competitive exam and got  a scholarship to India and successfully completed his M.Sc. in Pomology with first class (A-grade) during 2015-17. Mr. Rahmani has published nine research articles in national and international journals and eight subject chapters.

Head  of  Agricultural Economics and Extension Department
Najeebullah Ahmadzai (N.A.) was born in Paktia, in 1987. He received his B.Sc. in Agricultural Economics from Nangarhar University, Jalal Abad, in 2011, and his M.Sc. degree in Natural and Resource Economics from Kyushu University, Fukuoka, Japan, in 2016.
He joined the Department of Agricultural Economics and Extension, Paktia University, as a teaching assistant in 2011. Since November 2016, he has served as the head of department (HoD) of Agricultural Economics and Extension in Paktia University, where his major expertise was to lead the department academic council, curriculum development, teaching quality assessment and research related activities. Currently, he leads the Internal Quality Assurance Unit (IQAU) of Paktia University, where the main responsibilities are Self-Assessment Review (SAR), capacity building in quality assurance, and review of teaching quality, administrative and student related procedures and affairs. Moreover, Mr. Ahmadzai is a member of External Peer Review (EPR) panel  with  the Ministry  of Higher  Education  to  review  the  universities and higher education providers across the country for enhancing and awarding national accreditation.
His current research interests include agricultural production efficiency, energy use efficiency in term of economics, optimization and agricultural planning under uncertain conditions. He aims to inspire others through his beliefs and actions and become an expert in agricultural economics, to realize the dream of prosperity and well-being for his society and human beings.

Najeeb Ahmadzai holds a bachelor’s degree and a master’s degree in Business Administration from Pakistan in 2009, and a second master’s degree in Development of Public Policy and Practices from the Graduate institute of Geneva, Switzerland. In 2015, he co-founded the BAWAR Social Society in Paktia Province with goals to improve education and strengthen environment and social mobilization. The organization arranges free courses for students who are applying for universities. In one year, BAWAR trained 1090 students, and more than 600 of them were admitted to their top choice faculties and universities across the country. BAWAR also conducts fund-raising events and is making efforts to create a greener and more inclusive campus for Paktia University. The effort has thus far collected and donated, on average, 300 trees and other ornamental plants for each school and higher education institute in Paktia Province, including Paktia University. In 2020, they are preparing over 2000 roses to offer to people in Kabul and Paktia free of charge, in an effort to bring people together, spread messages of peace, and cultivate awareness across the community of green environments. 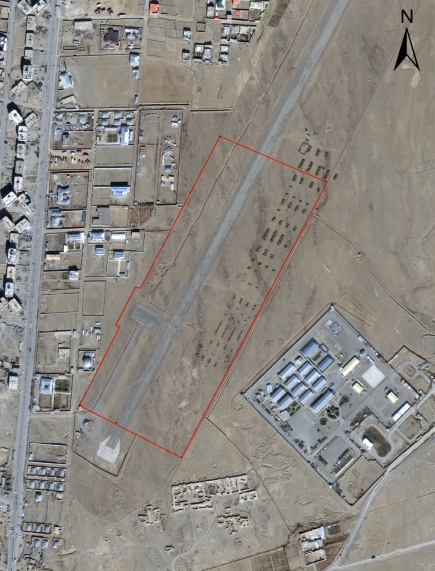